Find Your Next Site in Co-Mo Country

Building A More Equitable Economy For Businesses, Workers, And Communities: A Conversation With Deputy Secretary Of Commerce Don Graves

Covid-19 ravaged our economy and American businesses, workers, and communities are still working to recover. The crisis also further highlighted long standing inequities in our society, but also presents a key opportunity to build back better than before. Just last week, President Biden signed the Bipartisan Infrastructure Deal, and negotiations are ongoing in Congress to pass the Build Back Better Act. And as the government begins to implement these historic pieces of legislation (let’s not forget the American Rescue Plan), equity and inclusive economic growth must be front and center.

The U.S. Department of Commerce, with agency partners and several nonprofit partners, recently hosted the Interagency Equitable Economic Growth Convening. This event, which focuses on equity, entrepreneurship, and working families could not come at a more appropriate time. A number of exciting announcements were made including one by the Families and Workers Fund who announced a $25 million commitment to advance good jobs.“Today is a once-in-a-generation opportunity to advance jobs that not only sustain families and workers, but also uplift them and spur greater opportunity for all – especially those who have been most locked out of that opportunity,” said Rachel Korberg who leads the Families and Workers Fund.

This was echoed by the Deputy Secretary for the U.S. Department of Commerce Don Graves at the convening, “We need to build an economy where every American worker, every American business, and every American community can thrive. That means designing an economic growth strategy that’s inclusive and that works for all Americans, not just for some of them.”

Rhett Buttle: Tell us a bit about yourself and what experiences you plan to bring to this position?

MORE FOR YOU
63% Of Millennials Approve Of Automation In The Workplace—And Other Small Business Tech News This Week
Three Ways To Continue The Momentum Of Small Business Saturday
Meet The Billionaire Robot Overlord Reinventing Walmart’s Warehouses
Deputy Secretary Graves: I come from a long line of small business owners, including ones who ran a horse and buggy taxi service on the land where the Department of Commerce sits today, and their son who owned and operated the only African American-owned hotel in the mid to late 1800s, just a few short blocks away. My career, in government, the private sector, and nonprofits has been dedicated to ensuring that more Americans can experience the American dream my ancestors were able to live. That’s why I have dedicated my career to ensuring that economic opportunity is inclusive and broad-based, supporting working families, and strengthening the communities in which they live.

Prior to joining the Department of Commerce, I served as Counselor to President Joe Biden during the 2020 presidential campaign, and before that, worked as the Executive Vice President and Head of Corporate Responsibility and Community Relations at KeyBank. During the Obama-Biden Administration, I served as Counselor and Domestic and Economic Policy Director for then-Vice President Biden, and was previously appointed by President Obama as Executive Director of the President’s Council on Jobs and Competitiveness, leading the federal government’s efforts in the economic recovery of the city of Detroit.

Founding Family Of Footwear Giant Belle Takes A Big Step Into Hong Kong’s Startup Scene
As the Deputy Secretary for the Department of Commerce, my mission remains the same: helping American workers and businesses thrive. Every day, I work closely with Secretary Raimondo to ensure that we not only build back better, but we build back equitably.

Rhett Buttle: Having been a leader on both sides of public and private sector partnerships, what role do you see them playing in the recovery and what type of challenges need to be overcome to make them succeed?

Deputy Secretary Graves: Businesses will play a pivotal role in our nation’s economic recovery. I am immensely proud of the progress we have made at the federal level to get folks back to work and businesses back up and running. In particular, President Biden’s American Rescue Plan Act allocated the Department of Commerce’s Economic Development Administration (EDA) with $3 billion in supplemental funding — the largest federal economic investment in decades — to help communities and the economy recover.

However, the federal government cannot do it alone. We will need to work hand-in-hand with the private sector when it comes to implementing key provisions of the President’s Build Back Better agenda. At the Department of Commerce, we are particularly focused on workforce development programs, with actual teeth, that will lead to good-paying jobs for all Americans. It is critical that we partner with the private sector to achieve this goal. Given that the pandemic was especially devastating to Black and Brown communities, including to Minority Owned Business enterprises, the Commerce Department — through the Minority Business Development Agency’s (MBDA) grant making authority and technical assistance capabilities — will work closely with minority business owners to ensure that they have the resources they need to get back on their feet.

Rhett Buttle: The Covid-19 pandemic exposed longstanding inequality across the United States. What steps is the Biden Administration taking to ensure an equitable recovery for business owners?

Deputy Secretary Graves: I am proud of the commitments this administration has made to build Black wealth and narrow the racial wealth gap. In addition to the work we are doing at Commerce and MBDA, President Biden has signed an executive order to use the government’s purchasing power to drive an additional $100 Billion to small, disadvantaged business owners by increasing the share of contracts going to those businesses. Ultimately, you cannot lead where you will not go, and as the largest consumer of goods in the world, the federal government has the responsibility and the power to advance equity and build wealth in underserved communities through procurement.

More broadly, we are also taking concrete steps to ensure that all communities across the country can recover, and their local economies can build back better than they were before the pandemic. That’s why the Commerce Department, through EDA, has implemented its Build Back Better Regional Challenge which invests $1 billion dollars in up to 30 regions across the country seeking to revitalize their economies — driving innovation and spurring projects that grow new industries and scale existing ones.

Rhett Buttle: During the remembrance of the Tulsa Race Massacre, President Biden announced new efforts to narrow the racial wealth gap. What role will the Department of Commerce take in carrying out these initiatives?

Deputy Secretary Graves: In addition to the steps we are taking to help businesses recover from the pandemic and get folks back to work, the Department of Commerce is laser-focused on making sure more people are able to fully participate in our workforce, especially women and people of color. We’ve been advocating for expanded funding and permanent authorization of MBDA, which would dramatically increase its ability to support minority-owned businesses. We’ve been working tirelessly in support of the Build Back Better Act, which would ensure universal pre-K for every 3- and 4-year-old so parents can go to work and their kids have the education they need and deserve. It means providing Americans with two years of community college so more workers are prepared for family sustaining jobs. And it means, providing affordable child care, elder care, and expanded paid leave so no one has to choose between keeping the lights on or caring for a family member.

Lack of investment in our care economy has not only held Black and Brown families back from building wealth and achieving the American dream, but it’s holding our entire economy back.

According to data released by the Commerce Department’s Census Bureau, over 7.5 million respondents attribute caring for a child who was not in school or daycare as the main reason they were unemployed. Even before this pandemic, the lack of child care cost Americans $37 billion annually in lost income and $13 billion in lost productivity for employers. That’s why this Administration is ready to make those long overdue investments through President Biden’s Build Back Better Act and ensure that all Americans can receive the resources and support they need to survive and thrive.

Rhett Buttle: What are the Biden Administration’s long-term economic priorities and how are you thinking about American competitiveness?

Deputy Secretary Graves: To make the United States more competitive on the world stage, it’s going to take working with our allies abroad, while making major investments like the ones I’ve mentioned before here at home. The President and this Administration have done incredible work helping our country and our economy recover from the Covid-19 pandemic. Nearly 80% of all adults have at least one shot in their arm and data released from the Census tells us that the checks we were able to put right into people’s pockets helped families stay afloat. Now, as we turn from recovery towards real resurgence, it is critical that we do not take our foot off the gas, which means we need to continue to make robust investments into America’s workforce. This includes EDA’s Good Jobs Challenge, which allocates $500 million dollars towards industry-led workforce training programs and apprenticeships to place workers — particularly women, people of color, and underserved communities — in good-paying jobs. These investments will not only pay for themselves in the long run but will also benefit American businesses and make our country more competitive as well. Independent analyses of the President’s economic agenda project that it will add more than $4.5 trillion to GDP over the next decade, and 1.9 million jobs per year, on average, over the next ten years.

On the international front, we need to ensure that we are working closely with our allies to develop mutually beneficial frameworks around to create a level playing field. To that end, we are working with countries across the world to adopt a global minimum tax of at least 15%. Multinational corporations will no longer be able to avoid paying their fair share by hiding profits generated in the United States, or any other country, in lower-tax jurisdictions. This will also help to ensure that more good-paying jobs are staying here in the U.S. and not heading overseas.

Finally, Secretary Raimondo and the entire Biden Administration have been working overtime on addressing supply chain issues that are holding our economy back. We have been working across party lines in both the House and Senate to support legislation that invests in American competitiveness, including the bipartisan CHIPs for America Act, which will incentivize semiconductor investment here at home. This work builds upon our continued effort to address supply chain disruptions and ultimately make the American economy more competitive.

Follow me on Twitter. Check out my website.
Rhett Buttle
Rhett Buttle
Follow
I work at the intersection of the private and public sector. I am the founder of Public Private Strategies, Executive Director of the Small Business... Read More 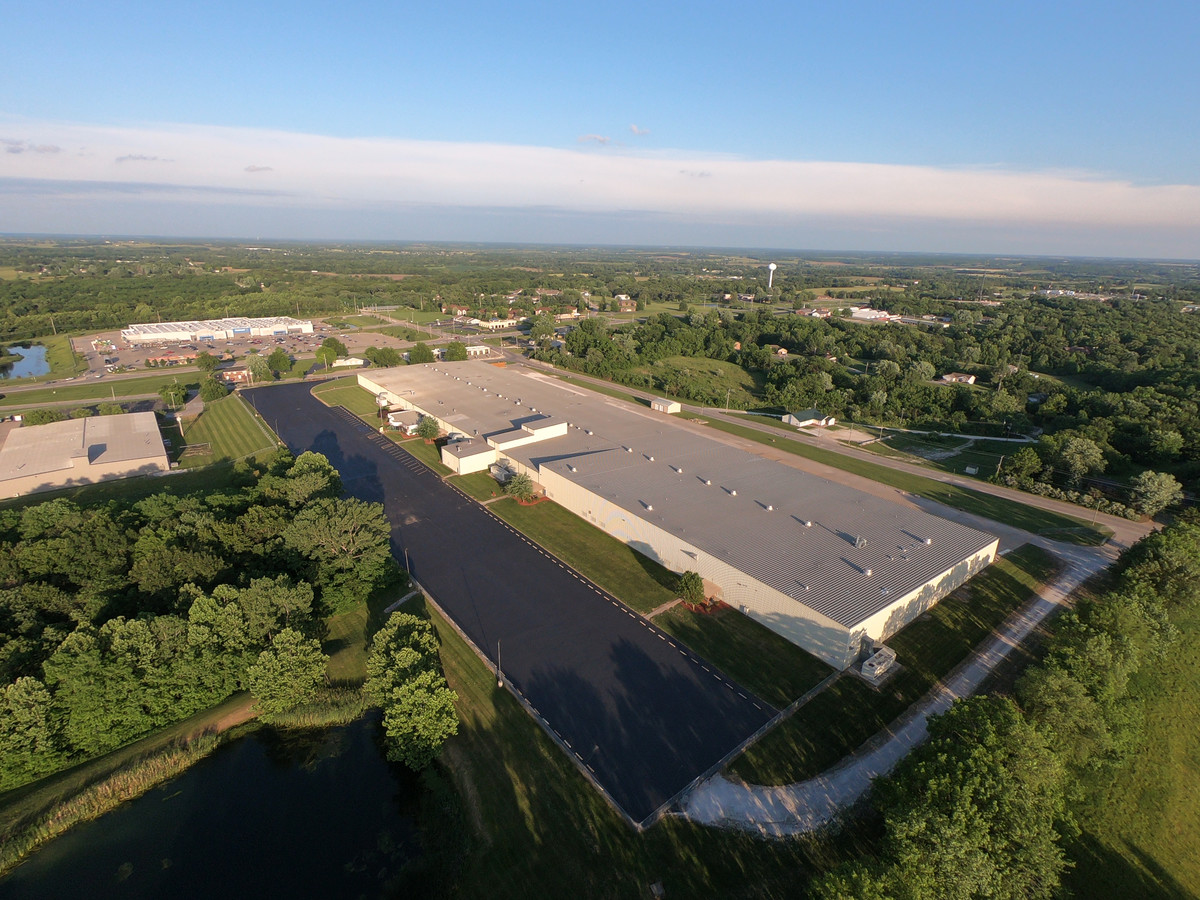 Nov 22 2021
After considering buildings in several states across the U.S., Kawasaki recently chose the city of Boonville in Central Missouri for its new manufacturing plant.    Kawasaki's Boonville location is scheduled to start production in May 2022. A total of 270 people will be employed at the Boonville location when finished. The company’...Continue Reading

Nov 18 2021
Site selection professionals travel all over the United States, looking at hundreds of potential sites for development with a goal of finding suitable sites for their clients. What does it mean to achieve success? Ultimately, they must be incredibly efficient in evaluating and narrowing site lists, while balancing a seemingl...Continue Reading

In Focus: The Future of Sustainability in Real Estate

Nov 17 2021
With heightened pressure for businesses to adopt sustainable business practices, the commercial real estate industry has a viable role to play in the fight against climate change. In fact, according to the U.S. Energy Information Administration (EIA), the built world accounts for more than 40 percent of the planet’s carbo...Continue Reading
Share